Sacking the Potter by Bolaji Olatunde

Blurb “Michael Owoyemi is about to close a multi-million dollar business deal on behalf of his demanding employer. On the Monday morning scheduled for the closure of the deal, Biola Owoyemi, his usually reserved wife, physically restrains him from leaving their Ibadan home, insisting that he must stay at home to protect her and their first and only child, their two-month old son, from unnamed forces keen on snatching their child away from them. Trapped in his own home on a day with serious make-or-mar potential on his career, Michael Owoyemi employs every device he can conjure to resolve the first crisis in his three-year old marriage. With a supporting cast of family and friends, some of his choices lead to a gripping tale of betrayal and mysterious consequences. About The Author Bolaji Olatunde is a Nigerian author who lives and works in Abuja. Sacking the Potter, was among the three shortlisted plays for the Association of Nigerian Authors (ANA) Drama Prize 2016. His second novel, Hang No Clothes Here was published in August 2017.”

Plot Michael and his wife, Biola have been married for three years and have a two-month old son. The play opens with a scene where Biola is acting strangely and preventing Michael from going to work. When Michael’s pleas to Biola fall on deaf ears, he calls his friend, Yemi and his mother-in-law, Mrs Pedro to come and placate Biola so he can go to work, as he has a very important meeting that day. Mrs Pedro calls her Pastor to help resolve the dispute between Michael and Biola. What follows is a series of shocking revelations and actions. 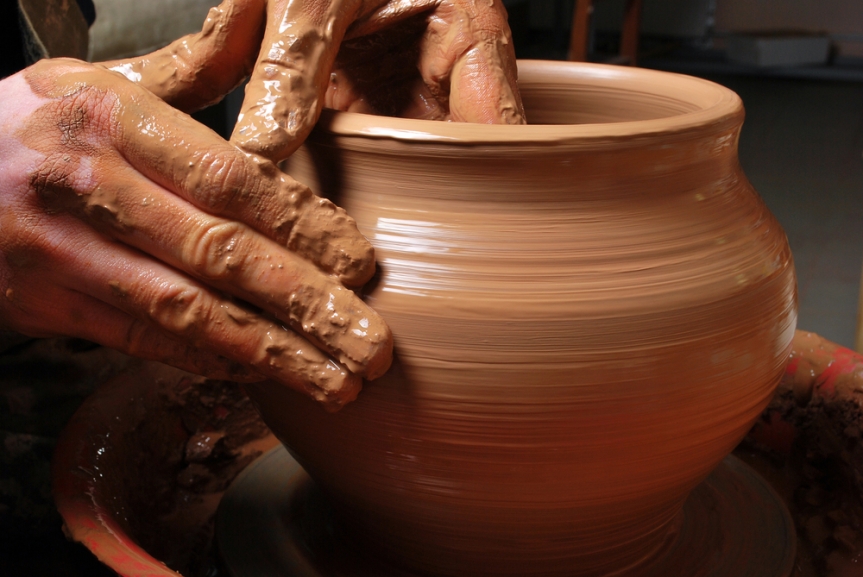 What worked? If like me, you haven’t read a play in a long while, perhaps since secondary school, this is a good play to get you reading plays again. The stage directions take a short while to get used to, I bet you’ve even forgotten about that. Sacking the Potter is a quick read but boy, does it pack a punch!

The play sheds light on mental health issues (postpartum depression). From the reactions of the characters when this is revealed as a possibility, one can see a stigmatisation of mental health problems. The play also raises other societal issues. Employment law issues are brought to the fore as we read about the manner in which Biola was treated by her employers when she got pregnant. We also see how Michael’s employer treats him when he contacts him to say he can’t come into work due to his son’s ill health. Michael talks about the effect of the justice system on legal rights under employment law. There are also conversations revealing how family life and childhood experiences impact both Michael and Yemi’s lives as adults and affects the decisions they make.

Dialogue is the central part of plays and on this, the author delivers. The characters speak exactly as one would expect, I smiled every time the Pastor quoted scriptures to make his point, it was so typical.

Sacking the Potter is a gripping play. My advice, pay close attention to the dialogue as many issues are raised as the characters interact with one another. I enjoyed reading this play and would recommend it.

What didn’t work? The only bit of the play which I think could be improved on is a short bit of dialogue between Michael and his friend, Yemi when they were reminiscing about the day they met Biola in university. I thought the complete account of what happened that day was unlikely to happen in a real dialogue between two people who are recounting something they both witnessed/were involved in. Having said that, I’m mindful of the fact that unlike prose where the author can write background information without dialogue, drama relies on dialogue to tell most of a play’s story.

Sacking the Potter was reviewed by Lady B. Picture of potter and clay credit: Hungry for more.

A teaser of Sacking the Potter is available here.

You can buy Sacking the Potter on Okadabooks (from March 26 to April 1, authors keep 100% of the proceeds of sales of their books on Okadabooks). Sacking the potter is also available on Amazon.