Hi guys, today’s post is a guest post by Henry Ozogula. It shines a spotlight on Nigerian author, Omoseye Bolaji and his “Tebogo Mystery series.”

An Introduction to the Tebogo Mystery Series by Henry Ozogula

Omoseye Bolaji is the creator and writer of the “Tebogo Mystery series” of books.  It is probably the most consistent series of this genre in Africa, there are now nine separate published volumes, or adventures, in the series.

Although the author of the series, Bolaji, is Nigerian, the entire series is based in South Africa, including the plots, setting, locale, and names of most characters in the books. All the books are initially published in South Africa.

That the books are popular in southern Africa, at least, is unequivocal. For example, thousands of copies of the books under the “Tebogo Mystery series” are available from South African libraries, public and specialised.

But who is the (fictional) protagonist of the series, Tebogo Mokoena? He is a private detective, a sleuth.  He is always portrayed as young, humane and with a sense of humour. On the whole, he is something of a gentleman despite being involved in some hair-raising, even cruel adventures.

In the first two books – Tebogo Investigates (2000) and Tebogo’s Spot of Bother (2001), Tebogo the sleuth is unmarried.  In the third adventure, Tebogo Fails, he meets the woman he would marry, Khanyi. Yet over the years, and in further adventures, we see little of Khanyi, the wife.

The author explores different themes and ideas in the series.  He explores homosexuality, sort of, in Tebogo’s Spot of Bother. Other adventures deal with infidelity, revenge, abuse, and general sleight of hand. There is an eccentric “scientist” in Tebogo and the Pantophagist (2010) who has discovered a formula that quite a number of people are interested in!

The Tebogo books ring true, especially to South African readers who relish the skilful mix of words and phrases, including South African languages.  Here, for example, is a passage from Tebogo and Uriah Heep, the latest in the series:

I stared at her. “Suspect? You don’t mean as in Anne’s death…”
“That’s exactly what I mean,” Nthabiseng said. “She could be dangerous too. I remember the day she angrily fought with Anne and said to her: ‘Ke tla ntsha mala a gago, ke be ke go tshopa ka o ne mo thamong yagago,’
I winced. What she had said translates exactly into: “I will take out your intestines and drape them around your neck!” Or in correct English: “I’ll have your guts for garters…”

Also noteworthy is the fact that Bolaji has published many other books in different genres, apart from the “Tebogo Mystery series.” For example, he is the author of three novels: Impossible Love (2000), The Ghostly Adversary (2001) and the celebrated People of Townships (2003). He has also published books of poetry, a play, biographies, and several books on literary criticism and reviews, including Sorry You’ve Been Troubled (2017).

However, Bolaji is critically acclaimed for the “Tebogo Mystery series.” Extensive studies and reviews on the series have been published by diverse scholars and pundits over the years. At least two full-length books have been published on the “Tebogo Mystery series,” including Petro Schonfeld’s Tebogo on the Prowl (2006), and Charmaine Kolwane’s Omoseye Bolaji’s Tebogo Mokoena (2016).

Incidentally, when Bolaji published Tebogo and the Bacchae in 2012, it was believed that this eighth adventure would be the last one, especially as the author was apparently focused on other literary projects.  But last year, to the excitement of aficionados of the series, the author published Tebogo and Uriah Heep (2018). The last word may not have been heard regarding the series.

Have you read the “Tebogo Mystery series”? Please share your thoughts in the comments section. 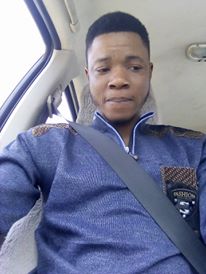 I love books, especially exciting African fiction. I grew up in Osogbo and Lagos (Nigeria). I was lucky to spend a few years in South Africa where I discovered the Tebogo Mystery series, and met the author, Mr Bolaji. His works inspired me, and I have published a book too, a small one, titled:  ‘Omoseye Bolaji, Brief Notes on his Literary Work.’