Becoming a Whisper by Joe Odey

Blurb “In his first full-length poetry collection, Joe Odey takes us on an absolutely exhilarating journey through a myriad of emotions from the first page turn all through to the end. Each poem feels like a story, channeling your emotions with as few words as possible and helping you bring meaning to feelings you have always had bubbling under the surface. This collection weaves its way thematically through emotions we can all connect with – love, loss, heartbreak, death, exhilaration, triumph, commitment, rebellion, regret, nostalgia, despair, loneliness and renewed hope. At times, it almost feels like a conversation with one’s self…gently pondering the things that your heart holds dear and finding that, in the end, the whispers from your heart have all the answers you’ve been longing for.”

Mo After reading a few uninspiring prose this year, I was ready for some poetry, then I got cold feet when it was time to read this collection of poems. Before I start the review, I’ll say I’ve enjoyed my journey of reading poetry so far. It’s good to know that there several ways to write and enjoy poetry.

Becoming a Whisper is a collection of 100 poems which covers a range of emotions. Each poem muses on a specific issue. I reckon there is a poem for almost every thought you have had in your head but can’t articulate properly. You know, those thoughts that never become words on a page.

The book is not arranged in any order or grouped into parts as other poets do. The poems are preceded by silhouettes relevant to the poems, this breaks the long collection of poems and helps with the visual imagery of the words. Most of the poems are short (thank God!), except for some earlier ones. Being short helps me digest each poem quickly and still have enough time to ruminate on them.

The first poem, Becoming describes Joe’s intention to write this collection. Almost like opening a window into his thoughts.

One of my many favourites is The Loudest Whisper:

Not because she had nothing to say.

Because the world wasn’t ready

For what she had to say.

In A Love Story, the promise of love is renewed. In The Evil We Seek, humanity’s paradox is laid bare. A Place We Called Home is self-reflective and an inquiry into our neglect of important issues.

I love the sequencing of the last five poems; Letters to Ada I-IV and Gone. Each letter (although it doesn’t read like a letter) conveys the feeling of a newly found love and we see the decline with each succeeding letter and finally the loss of love in Gone.

I like how it’s easy to connect to the words as the language used was simple enough. This book is to be enjoyed in bits to savour the words and the intent behind each poem. 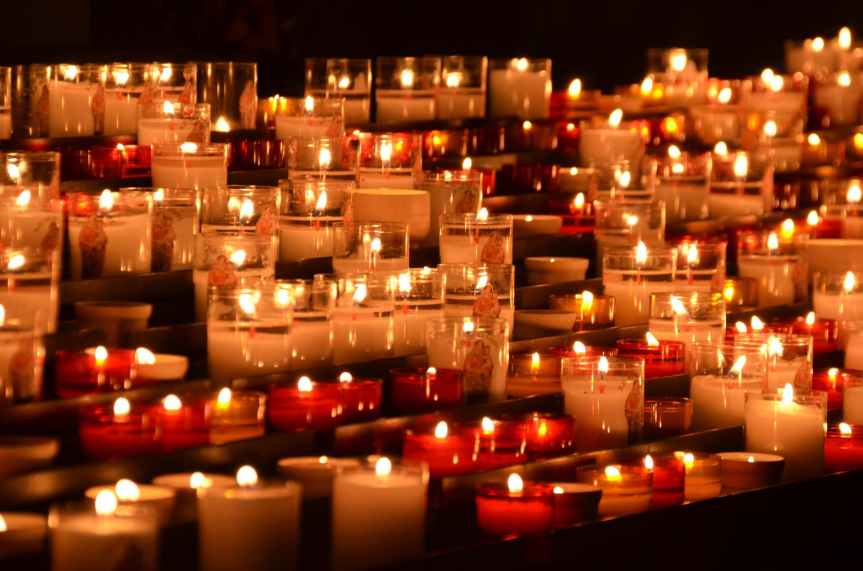 Photo by Irina Anastasiu on Pexels.com

Lady B Becoming a Whisper is a collection of 100 free verse poems interspersed with pictures. The pictures break up the text though it was confusing as some preceded poems and others succeeded poems. We had a review copy so hopefully, the layout in the book is less confusing.

From the blurb, Joe had a clear idea of what the poetry collection is and he achieves what he set out to do – take the reader through stories expressed in as few words as possible.

The first few poems in this collection set the tone for the rest of the book. I’ll highlight a few of the poems which were memorable. The book opens with Becoming, a short poem about the release one gets from writing. It reminded me of the many unaddressed letters I wrote to people who hurt me when I was younger. A cathartic outlet.

Edge of Paradise about suicide conveys the despair and desperation of the character yet I felt like the end treated the subject with levity.

Ochanya’s Faces is about the public façade the character wears to mask her private troubles. This is a thread of thought common to several poems in this collection. This poem uses similes which bring it alive:

Like the sparkly flame of a match to fire,

She lit up most rooms. Effortless. Unmatched.

A Cold Pillow and Our Guardian Angel are about death and grief. These poems convey the emotions vividly.

Another thread which runs in several poems is the constraints of societal norms and morality. In these poems such as That We May Live Again, Joe advocates that the characters break free from these constraints and be free!

Little Things struck a chord. It’s a short poem about staying in touch with the little things, the joy bearers. The thoughts expressed there are relatable. “For time and again we are reminded, \ That the big moments \ Only leave us empty and hungrier still.”

In A Lifetime about goodbyes, Joe queries; “Who invented goodbyes? \ So much hurt and pain, \ And you chose to call it ‘good’?” I looked up the etymology of the word, goodbye years ago and discovered that it was a shortened form of God be with ye with God changed to good because of confusion with phrases like good morning. So Joe, that’s where the ‘good’ is from. 🙂

Daybreak about how the world goes on around you, whether your own world has stopped, is poignant. Many have felt this way at some point, especially those who have lost close family or friends. I felt this way when I lost my mother.

Overall, Becoming a Whisper is a collection which is simple to understand and easy to relate to. There were only 2 poems which I thought were chewy though I liked both, Broken Mirrors and Requiem. If you are one of those who struggle with traditional poetry, this collection will work for you.

Photo by Bo Stevens on Pexels.com

Mo I don’t think that there’s a one template for how poems should be written but it helps me when they are grouped. And because I read it at a go, it felt like I was running around the place, jumping from one emotion to another without a break.

Lady B I think the collection should have been divided into parts. It was at times disconcerting to jump from a poem about death to a poem about orgasms.

Some of the poems were repetitive. Perhaps, because they had a common thread running through them. They felt familiar but not in a good way.

What I like about poetry is the conveying of thoughts in as few words as possible and the use of figures of speech to bring the words alive. For me, the second part was missing in this collection. The simplicity of this collection is both its strength and its weakness.

Becoming a Whisper is available on Amazon.

Many thanks, Joe for sending us a review copy in exchange for an honest review.

Which do you prefer – free verse poems or traditional poems? Please share your thoughts in the comments section.