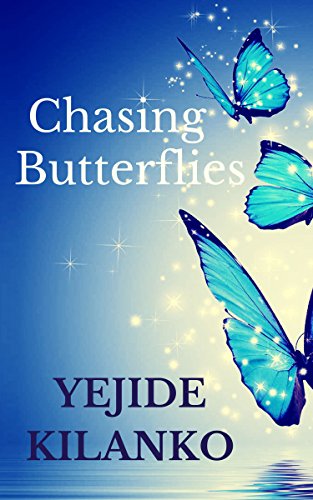 Blurb “A good mother does not run from her child’s home. She always stays and fights.”
Titilope Ojo left Nigeria for the United States over a decade ago, but her mother’s words remain fresh in her mind. Titilope is married to Tomide, a handsome and charismatic man who she is afraid of. She spends each day anticipating his moods and lives in fear of offending him. She takes great care to try and love him just the way he wants, but will it ever be enough? As life continues to spiral out of control, Titilope finds herself alone at a crossroad where she must choose between duty and survival.

Dialogue Believable. Written in English with smatterings of Nigerian colloquialisms and Yoruba.

Plot Titilope, a Nigerian immigrant in the United States of America (US), is married to Tomide, a divorcee, who is also a Nigerian immigrant. They have a four-year-old son, T.J. Tomide also has an older son, Jordan with his ex-wife, Holly. Due to his background, Tomide, has preconceived ideas of gender roles and how he wants to be treated, he also has anger management issues. As a result, he verbally and physically abuses Titilope regularly. With her life in danger, Titilope has to decide between staying-for the sake of her son-and leaving.

What worked? The book opens with the reader as a spectator in a scene where Tomide is trying to serenade Titilope, but she is unreceptive. By the second chapter, you wonder “why won’t she meet him halfway?” But as you read on, Yejide begins to reveal why, opening the window into this relationship wider.

Chasing Butterflies is an engaging read about a difficult subject. Yejide tells a simple but nuanced story about domestic violence. The storytelling conveys the darkness of abuse without being too heavy. Yejide gently reveals underneath the seemingly happy family, the classic acts of manipulation, lies, threats and character assassination carried out by Tomide.

She explores various sub-themes such as love and sacrifice; the love of a mother and the sacrifices she makes to protect her son. She also explores gender roles and their effect on Titilope and Tomide’s marriage.

The story highlights the role of a person’s background/upbringing in shaping their worldview, thoughts and actions. Though Yejide gives us an insight into Tomide’s childhood to explain his anger management issues, she lays his actions firmly at his feet. Tomide and Titilope live in the US, but the cultural norms from their shared Nigerian heritage influence their lives greatly. Because the story is set in the US, you can juxtapose it with the story of Mama Maria who died in Nigeria, thereby highlighting the cause and effect of justice and community in a country where the system works. The book also shows how societal expectations, family and friends can either encourage abuse or act as a support system for the victim.

This story evokes feelings of anger at Tomide and exasperation at Titilope but it reflects the reality in abusive relationships. We all know, or at least, have heard of that family member or friend who stays in an abusive relationship even when this defies logic and common sense.

The best bit about this book is the nuanced storytelling. It’s not a one-sided story and Yejide demonstrates this with the evolution of Titilope and Tomide’s characters over the course of the story. She also tries to address the question; ‘why do people stay in abusive relationships.’

Mo The secondary characters were all well-developed and their purpose, however minute, paints a larger picture.

Lady B I think the length of the book precluded more development of the story of secondary characters who played pivotal roles in the book. I wanted to know a bit more about Bunmi and James’ relationship which made Tomide conclude that Bunmi had turned his friend, James into a doormat. Interestingly, Mo thinks the secondary characters were well-developed.

Mo I’d say the ending, even though I understand the symbolism of how the book ends. It also feels very open ended.

Chasing Butterflies is available on Amazon and Kobo.