Guardian of the Fall by Umari Ayim 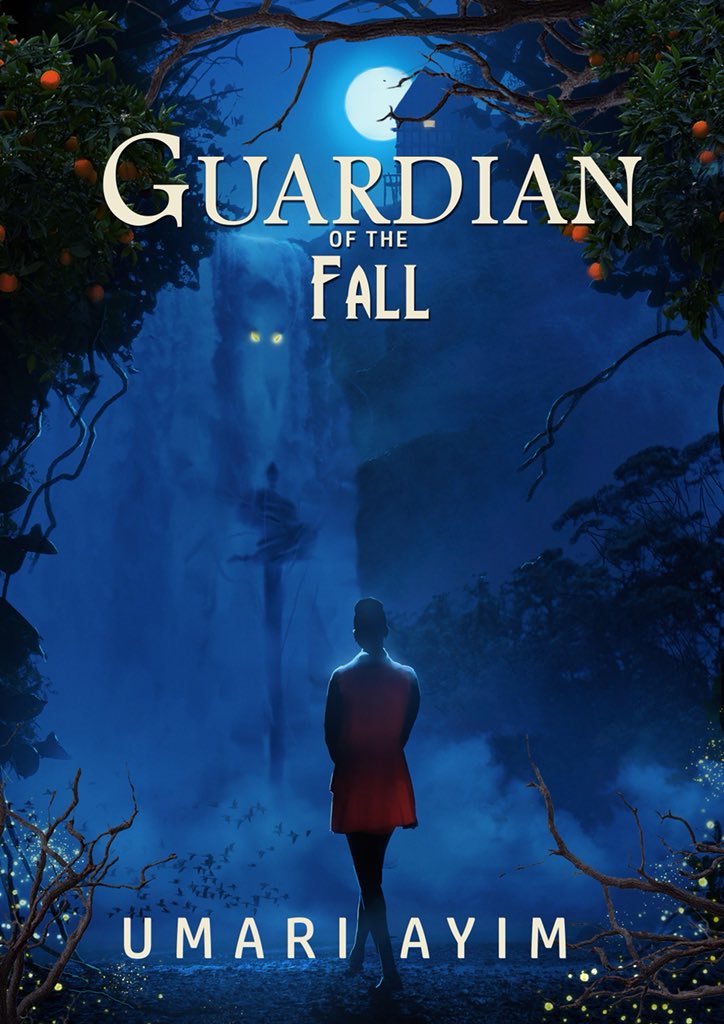 Blurb “The Guardian, the custodian of a waterfall, is a deity with formidable powers, including shape shifting. To ensure the lineage of messengers, the Guardian attempts to matchmake its messenger, Erom, with Ken, a developer who wants to build a resort near the falls. Meanwhile, the community around the waterfall observes as a deadly rivalry among powerful political rivals takes place and leaves a murder trail. Through dreams and visions, the Guardian eventually pulls Erom and Ken together, which, upon introspection, asks the philosophical question: How real and true is human love if it is predestined and fated by the gods?”

Dialogue Well written in English with smatterings of Hausa.

Editing As this is a pre-publication version, we will not comment on the editing.***

Plot The guardian in this book is a shapeshifting deity that protects a waterfall in Agbokim, Cross River State. It has an emissary in Erom, a young lady who reluctantly took up this task. Ken is a contractor whose firm wants to build a resort at the waterfall, the guardian is keen on matchmaking these two. But this isn’t just a love story, it is a story of greed, jealousy, sibling rivalry, murder, government corruption/patronage and betrayal.

“Erom, your mother may not have been educated in the manner that you were educated, but she knows that no matter how many cars the people of the city have or how much education you young people get, there will be questions in life that will never be answered.”

Lady B As I stated in my corner, Fantasy isn’t my thing which is why we’ve reviewed only one book in that genre, Children of Blood and Bone. I had read two of Umari’s books but they were both romance, a genre I usually read. I have to say this is better than both books I read earlier. It’s more concise and engaging.

Mo There was this old Yoruba movie on TV in the mid-90s about a man who sold ancestral lands to white men, and the beings who inhabit the land unleashed havoc on the people who sold the land. Anyway, we are not here to talk about the movie, this book is centred on the economic and financial value of land and what people will do to either protect land or use it for their gain.

Guardian of the Fall is written in the third person. Umari writes using vivid descriptions which create clear mental pictures:

“Mathew swung in Chima’s direction and scratched his side with the blunt edge of his cutlass and then grabbed a T-shirt resting on a tree stump behind him to wipe his face.”

There’s something about Fantasy that challenges your ability to imagine, building a picture in your mind and trusting that it will make perfect sense.

This is an intriguing book with a bit of everything. There’s love, suspense, political intrigues and magical realism. The political aspect referencing the tension between the legislature and the executive, and the political rivalry that goes into governance decisions was interesting to read. Some occurrences in the book were scary though. 🙂

The characters were real and multifaceted. Ofem’s character is particularly multi-layered, he isn’t out rightly a bad guy; he is someone trying to survive an abusive relationship who lost his way in the process. The exploration of the theme, identity was realistic and heartfelt. Umari uses the show not tell rule to great effect and you have to think carefully about certain scenes and read between the lines.

Categorising this book as fantasy may be inadequate. As Feyisayo Anjorin stated, magical realism should exist as a separate category to accommodate African culture and mythologies.

Lady B I enjoyed reading this book and I’m glad I read outside my comfort zone. I liked that the story kept me guessing; I  didn’t know what to expect for most of it. The main lesson one can take away from this book is: be careful what you wish for, you may just get it.

Mo I think the book speaks about spirituality and having faith in something, as seen in Paulina, Erom’s mum. And the idea of a predesigned destiny; the guardian’s role as a matchmaker for Erom and Ken. Overall, it is an interesting read.

Lady B I thought the issue with Kabir at the end should have been elaborated on a bit more considering how important he was to the overall plot. The transitioning between dream/real life and past/present was confusing on at least, two occasions.

Mo The transitioning of the guardian isn’t fluid at times and that may cause a bit of confusion and makes the reading tedious.

Guardian of the Fall is available on Amazon and Okadabooks.

*** Many thanks to Umari for sending us a pre-publication copy of this second edition of Guardian of the Fall in exchange for an honest review.

Have you read Guardian of the Fall? Please share your thoughts in the comments section.