Hi guys, today’s post is a guest post by Uzor Maxim Uzoatu which we read on This is Lagos. We asked for permission to share it on the blog because we were both fans of the Pacesetters series and didn’t know much about its history. I referred to Pacesetters in this post originally published in February, ‘Tis the Season of Love.

The most similar books to the Pacesetters series published in Nigeria in recent times are Ankara Press books in our romance section.  We’ve reviewed six of them so far.

Did you read Pacesetter books? Which ones were your favourites?

I am an ancient man.

At a night party back then in Surulere, Lagos the emcee was making a big deal of introducing me only for a sharp beautiful girl to cut in and introduce me sharply as Lord Lugard!

Yes, I am that antiquated.

But I can walk more than 800 metres though…

Given that I belong with the ancients, when I wrote about the crooked writer Lobsang Rampa I got a call that I should write more on the old maverick writers because the young readers wanted to know more about them.

I next wrote about the rave thriller writer James Hadley Chase, and I got this note from CORA commander-in-chief Toyin Akinosho: “I am just reading (name withheld by me) biography and I realise that, even though he graduated in 1990, less than 10 years after us, he doesn’t recall reading James Hadley Chase. He mentions the Pacesetters Series, which I spectacularly missed. It means I knew about the series, but it never grabbed me. If you ask Toni Kan, he might say he too read copious volumes of Pacesetters. Ask him about James Hadley Chase and he might not be so familiar.”

It is incumbent on me now to deal with the once-so-popular Pacesetters series. Many of us may have scoffed at the Pacesetters initially, but I have to admit here that the series did a world of good to the reading culture in Nigeria.

Many secondary school boys and girls swore by the Pacesetters series!

Take it from me here that it’s the absence of thrilling literature that has made the young ones to take to mind-bending drugs like Codeine and Tramadol!

Instead of having reefers in their jeans back-pockets back then, the boys had Pacesetters novels tucked into those pockets! 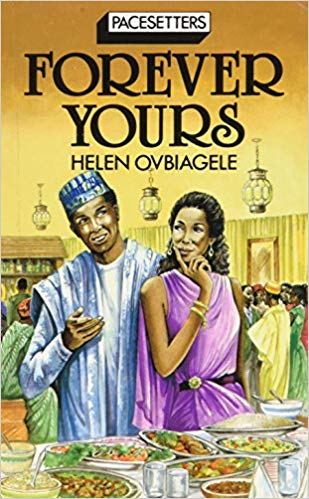 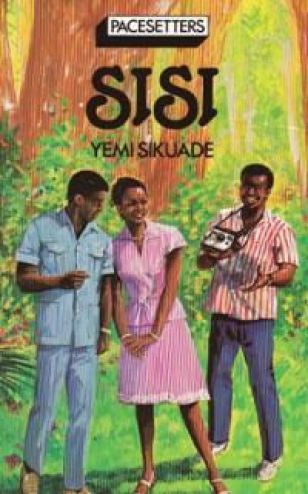 The Pacesetters series was conceived by Macmillan Publishers for young adults and teenage readers.

Agbo Areo who was then an editor with Macmillan Nigeria somewhat convinced his bosses in Britain that there was a vast market for thrillers, romances and adventure stories.

Macmillan UK was an educational publisher with hardly any stomach for publishing novels, but Agbo Areo pressed on with his pet idea. He was then asked to write the model book, and he wrote the 30,000-odd-word novel entitled Director!

It would have been odd to start the series with only one title. The Macmillan editors had to look into their slush file and selected two other titles: The Smugglers by Kalu Okpi and The Undesirable Element by Mohammed Sule.

The manuscript of The Smugglers had too many American slangs that needed to be cut off. The Undesirable Element was too long and had to be considerably shortened through drastic editing. The initial 5,000 copies of each of the three titles were published in 1977 and all three sold out in three months at the cost price of N1 per book!

And thus the bestselling Pacesetters series was born!

The parent company in the UK could no longer recoup its sales from the Nigerian subsidiary.

The most prolific Pacesetter author Kalu Okpi served as a chief scriptwriter of the NTA. He was born in 1947 and fought in the Biafra War. Kalu Okpi regarded members of the Association of Nigerian Authors (ANA) as just “university types.” He said of himself: “I guess I was a born writer. “I only went to school to learn where to put the commas.” He died in 1993.

Mohammed Sule, born in Kano in 1957, was reportedly the most bestselling author with The Undesirable Element which he said he wrote while a student of Government College, Kano. The General Sani Abacha regime detained Mohammed Sule for 17 months while he was making a documentary. The author died in his sleep on February 12, 2007, at the young age of 50.

The Pacesetters Series was meant for all of Africa but Nigeria was obviously the cash cow.

In the same manner that lovers of James Hadley Chase always have fun regaling themselves with their favourite titles, devotees of the Pacesetters Series equally flaunt their choice Pacesetter books and the authors such as Bloodbath at Lobster Close by Dickson Ighavini, Love On The Rocks by Andrew Sesinyi, Too Cold for Comfort by Jide Oguntoye, The Runaway Bride by Barbara Kimenye etc.

Any Nigerian publisher that starts such a series today in Nigeria will make a mighty killing. I don’t need any payment whatsoever for telling the future – accurately!